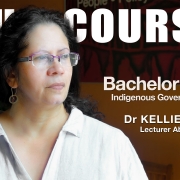 Truth-telling in Australia: setting the context for national conversations

Truth-telling in Australia is a relatively recent phenomenon and derives from a combination of forces in academia and socio-political activism. With the advent of the Uluru Statement from the Heart in 2017 and the rights-based political diaspora movement generated by the death of George Floyd in the United States, truth-telling in Australia is expressing a new momentum of urgency. However, despite the opportunity of this moment, in Australia politicians at Federal level have deferred any meaningful adoption of a truth-telling national framework to support having conversations as a nation. Instead, Australians look with optimism to a state government endorsed truth-telling framework in Victoria for a model of progress to take the nation forward in critical conversations about Australia’s colonial past and contemporary society as it has and does impact on the lives and opportunities for Indigenous people. This paper presents some insights on the purpose of truth-telling in Australia and its potential to transform reconciliation on some of the most pressing issues between Indigenous and non-Indigenous citizens in Australia.

Biography Dr Kellie Pollard is a Wiradjuri research academic and archaeologist at Charles Darwin University. Kellie’s specialisations include Indigenous research methodologies and ethics, contact and historical archaeology and truth-telling in Australia. Kellie is currently working on a five-year Australian Research Council (ARC) funded research project that is devising an Indigenous epistemological model of knowledge-making for Indigenous archaeology in Australia.