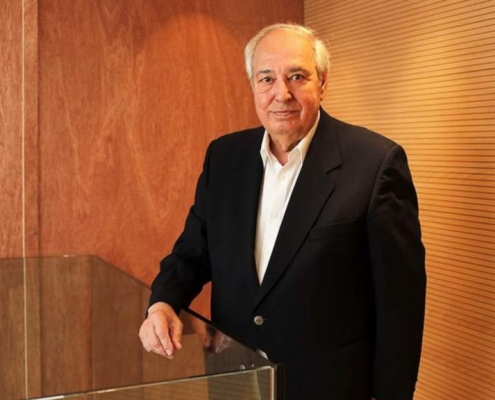 The Greek language’s rich written tradition, presenting a significant case of steady cohesion and uninterrupted diachronic continuity, is of tremendous historical interest. Additionally, the contribution of Greek to other languages, especially to those of the peoples of Europe during antiquity and the Renaissance period and through them to other languages of the world up to the present, is a significant historical-cultural phenomenon. This influence which the Greek language presents, directly or indirectly, is evidenced in part by the high percentage of words used since antiquity until the present day, without ever losing its original Greek character.

This paper focuses, firstly, on the diachronic linguistic and sociocultural influence of Greek as a profoundly cultivated and developed language of civilization which has proven to be a rich source for the linguistic and cultural creativity of many languages and cultures internationally as, for example, South Korea, Kenya, Israel, the United States and Australia. Secondly, this paper focuses in particular on the contribution of Greek (SMG and Ancient Greek) to Australian English over time, resulting from the cross-linguistic contact of Greek with Australian English. Despite its short linguistic history as a national variety of British English, Australian English exhibits a wide range of Greek influences, often unique, as well as characteristic of its own sociocultural and historical structure.

Dr George Kanarakis OAM, Emeritus Professor, Charles Sturt University, received an MA in Applied Linguistics from Indiana University as a Fulbright scholar and a doctorate in Contrastive Linguistics, University of Athens. Coordinator of the English Department, University of Athens (1966-1976), he has taught at tertiary institutions in Greece, the USA and Australia. He has published extensively on the Greek and English languages and linguistics, literature, press and historiography of the diaspora Greeks, especially of Australia and New Zealand. Three of his many works, Greek Voices in Australia: A Tradition of Prose, Poetry and Drama (Australian Bicentennial Authority Prize), The Greek Press in the Antipodes: Australia and New Zealand (in Greek) and The Legacy of the Greek Language are considered pioneering. He was awarded an Honorary Doctorate of Letters by Charles Sturt University (1999), the Medal of the Order of Australia (2002) and the Society of Hellenic Writers’ Xenopoulos Medal (2018).