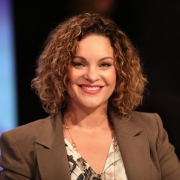 ‘Freedom or Death’ 1821. Liberty, human rights and the rule of law.

Why Greeks celebrate to remember but Indigenous Australians are made to forget.

Bishop Germanos of Patras raised a flag of revolution above the monastery of Agia Lavra in 1821 marking the beginning of the war of independence for Greece. 2021 marked 200 years of Greek Independence from the Ottoman Empire that saw the Greek Diaspora and Philhellenes around the world commemorate paving the way for younger generations to learn of the human rights atrocities that occurred at that time and to remember. Thousands of Greeks were massacred on the island of Chios during that period. Around that period in Australia similar human rights violations and abuse occurred on Indigenous Australians such as the Appin massacre of 1816 and the myall Creek massacre of 1838.

This presentation will draw on similarities between Greek and Australian Indigenous people, it will cover genocide, colonisation and the revolution the period of the Greek revolution as depicted by artists. It will be thought provoking and enlighten the audience on why Greek and Indigenous Australians are very similar, and how they both have a deep connection to land.

Helen Zahos is a Humanitarian, Emergency Nurse and Paramedic who has volunteered in disaster areas around the world and has cared for some of the world’s most vulnerable people.  Helen has volunteered in Iraq in IDP Camps, in Nepal after the earthquake and Philippines after the Typhoon, as well as assisting during the Syrian refugee crisis on the border of Greece.  Helen grew up on Groote Eylandt, a remote Island in the Gulf of Carpentaria in the Northern Territory of Australia. She completed her Nursing and Paramedic studies in Darwin, where she was working in the Emergency Department and was involved with the Royal Darwin Hospital Response to the Bali Bombings. Since then she has worked in Emergency Departments in Tertiary hospitals; in Remote Indigenous Communities; attended Disaster Responses both locally and internationally and worked with Asylum seekers and Refugees.  Helen is recognised internationally for her volunteer humanitarian work and has been nominated for multiple awards including: Australian of the year QLD 2016 and 2017; International Greek Women’s Awards 2017; and Finalist for volunteer of the year QLD 2019.  Helen was awarded the Hellenic Australian Chamber Commerce and Industry award for Excellence in Community Service in 2016; The Gold Stevie award for Medical Frontline Hero 2020 and Gold Stevie award for Mentor and Coach 2020.  In March 2019 in New York, Helen attended the United Nations 63rd Commission on the status of women.  There she spoke on a panel, at the CSW NGO Forum, on the ‘Economic Empowerment of Women Entrepreneurs through the sustainable Development Goals’.  In May 2019, Helen attended the United Nations Disaster Risk Reduction Global Platform, held in Geneva, and was invited to the UNSDG Health Summit to speak on non-communicable diseases, which was a side event at the World Health Assembly.  As 2020 marked the International Year of the Nurse Helen, had been appointed the Ambassador for World Youth International’s ‘Nurses in Action’ Program and spent 5 weeks volunteering in Kenya.  Helen is a Fellow of the Royal Society of Arts (FRSA); a Member of the Australian College of Nursing (MACN); The Health and Disaster Management Advisor and founding member to the Commonwealth Business Women’s Network (CBWN); The national focal point for Global Networks for Civil Societies on Disaster Risk and the Regional Advisory Group for Disaster Risk Reduction for the Pacific Region; President of the Australasian Hellenic Education Progressive Association (AHEPA) Gold Coast Chapter; A Trustee and Advisor for Kitrinos Healthcare, a Non-Government Organisation (UK); A trustee and advisor for cox systems lite chair disability services; and Vice President and charter member for Business and Professional Women, Brisbane Southside.

PROFESSOR RUTH WALLACE , CHAIR OF THE SESSION
Scroll to top