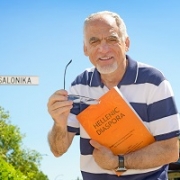 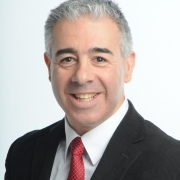 This study examines the first Greek settlements in the city of Darwin before 1920. These two settlements, “Greek Town” or “Port Said” and “Salonica Crossing”, were created by Greek families arriving in Darwin after 1914, some via Singapore, others from Western Australia and especially Freemantle. The abundance of work in Darwin before and during World War One, due to Vestey’s meatworks and the seasonal projects of the government in the Northern Territory, led many Greeks, mainly Kastellorizians from Western Australia, to search for work in this corner of Australia. We argue that the name of the second Greek settlement, “Salonica Crossing”, is connected with Greece and the “Revolutionary Government” of Eleftherios Venizelos established in Thessaloniki during 1916 and was an act supportive of the Allies. Our study, through letters “of the Greek residents of Darwin” in local newspapers, argues that by naming this settlement “Salonica Crossing”, Greeks living in the racist and hostile climate of Darwin at that time, chose to convince Australians that they were on the side of the Allies in the War and not the Germans.

Christie, M. (1985). From the Islands: A history of the Greek settlement in the Top End of Australia 1914-1984. MA Thesis Unpublished, Darwin. NT: Charles Darwin University.

Associate Professor Frazis George graduated from the Philosophy Department of the University of Athens in 1981 with a BA (Hons). In 1987 he completed a Graduate Diploma in Education from the University of Adelaide and in 1995 he completed a Master of Arts at Flinders University in Adelaide. In 1999 he completed a PhD at Flinders University dealing with the literature of Pandelis Prevelakis. He currently teaches Modern Greek language and Greek literature at Charles Darwin University where he specialises in literary studies, Modern Greek literature, immigration of Greeks to Australia and their oral history. His main project currently is the collection and publication of stories of Hellenes in the Northern Territory. He is also developing online teaching courses of Hellenic language and culture through the use of new technologies, and the creation of computer-based programs for the teaching of language in all forms through distance education. Professor Frazis is the coordinator of CDU’s Greek In Country Study Program and each year, since 2007, he accompanies students to Greece for an intensive three-week study course.

Tzamouranis Pericles is an Australian born and bred Greek whose parents migrated to Australia from Greece in the early 1960s. A life-long learner, Pericles is currently a student at Australia’s Charles Darwin University in the college of Indigenous Futures, Arts & Society, where he is completing a Diploma of Arts in Modern Greek with an interest in the history of Greeks and their influence in Australian society. Pericles holds two previous professional qualifications. Having graduated with a Bachelor of Commerce (Accounting) degree from the University of Wollongong in 1991, Pericles held numerous accounting and senior executive roles across both the commercial and not-for-profit sectors. In 2016 Pericles completed his second undergraduate degree, a Bachelor of Applied Fitness from the Australian College of Physical Education.In 2019, Pericles changed careers, leaving the corporate world to become a Fitness educator where he now works as the Certificate III in Fitness course coordinator and Fitness teacher at the Randwick College of TAFE in Sydney Australia.