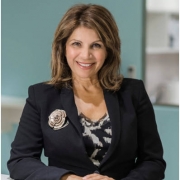 The “Rhodians of the Diaspora” Facebook page was created with the intent to connect Rhodians from around the world with the island of their heritage. It aims at the continuous communication between fellow Rhodians who live abroad, as well as those who have been repatriated and live permanently in Rhodes.   The page has over 2,000 members who live all over the world, with the highest percentages of our members residing in Australia and United States along with a large amount in Canada.  There are some families and individuals from European countries, such Sweden, Norway, Finland, Germany and France, as well as members from New Zealand and Africa. There are also hundreds of members who are ex-patriots who used to live abroad and now reside on the island of Rhodes.  The greatest interest they seem to have is information about Rhodes and pictures, as these are the posts that have the most “likes”. Another interesting point is the communication and exchange of posts from persons around the world, who share common goals and interests, such as visiting or maybe one day retiring in Rhodes.  This presentation will outline the common themes and interests of the members and define how these members make up an electronic community with common interests and common identities.

Dr. Despina Hatzidiakos is a Specialized Teaching Staff at the University of Aegean in the field of “Creative Movement and Social Development”.  She is also the Advisor to the Mayor of Rhodes in matters dealing with Culture, International Affairs and the Diaspora.  She has vast experience with the Diaspora as she was the Coordinator of the Greek language and culture in Canada and Midwestern United States for the Ministry of Education and Counsul-Educational Affairs for the Greek Consulate of Toronto, Montreal, Vancouver and Chicago from 2011 to 2015. She has helped support and create different pedagogical teaching methods for the Diaspora. She has organized many conferences and workshops to support the teachers of Greek as a second language. She is the founder of the Facebook page for the Rhodians of the Diaspora.