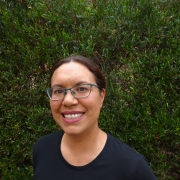 The identity and education of an archaeologist influences what they believe is worthy of research, and what will be a valuable contribution to their discipline. Interpretations in the field of Cycladic sculpture studies developed through an Aegeanist lens has resulted in a closed interpretive space. As an Aboriginal Australian with mixed ancestry, a woman, and a tattooed person, I bring a unique perspective to my interpretations to the abstract painted motifs on Cycladic sculptures. This presentation will explore my positionality considering Shanks and Tilley’s fourfold hermeneutic and demonstrate how diverse scholars from different minority groups can decolonise Cycladic sculpture studies now and in the future.  I will argue that Aegeanists—and Cycladic scholars in particular—have been and remain for the most part negatively predisposed to tattooing, and that ever since Cycladic culture came to be seen as an essentially European (or ‘proto-European’) culture, theories of Cycladic tattooing have been suppressed or downplayed. I argue that some of the reasons for this negativity are to be found in how the Western canon conceives of ‘Europe’, and in colonial perceptions of civilisation and barbarism which have traditionally viewed tattooing as a distasteful and ‘un-European’ activity.

Dr Emily Poelina-Hunter, La Trobe University, Melbourne. Dr Emily Poelina-Hunter is a Nyikina woman from Western Australia. In 2019 she graduated with a PhD in archaeology from the University of Melbourne, becoming the third Aboriginal Australian to achieve this degree and the second Aboriginal woman alongside Dr Kellie Pollard in Australia to do so. Emily has done archaeological fieldwork in Israel, the Republic of Georgia, Turkey, Greece, and the Cycladic Islands. She is currently a lecturer in the Aboriginal Studies discipline at La Trobe University, Melbourne.