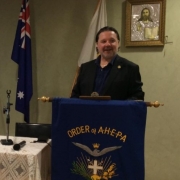 In commemoration of 2022 marking the Centenary of the Holocaust of Smyrne, this paper presents a panorama of the factors which contributed to the Pontian, Asia Minor and Thracian regional identities as sub-sets of Australian Hellenism. While the Pontian regional identity is amongst the most prominent, their Thracian counterparts have a small presence in Sydney and Melbourne, while those who originate from Asia Minor have almost entirely been absorbed by other sub-sets. This paper explores the historic evolution of these three regional identities in the Australian Hellenic Diaspora, beginning with the first migrants from the territories of Thrace, Asia Minor and Pontos in the 1800s, to the formation of their first organisations in the 1960s. Pontian organisations operate in Sydney, Melbourne, Adelaide, Canberra, Perth and Hobart, while Brisbane is home to the sole Asia Minor organisation in the country. Hellenes from Thrace and Asia Minor were amongst the most prominent early leaders of the community. For example, Smyrne-born Angelos Pholeros, Honorary Consul of Hellas in New South Wales (1891-1897) and his compatriot Elias Bizannes, editor of To Ethniko Vema (The National Tribune) newspaper and one of the founders of the Order of AHEPA New South Wales, and Dr Constantine Kyriazopoulos, born in Adrianople (modern Edirne), eastern Thrace, one of Australia’s first medical practitioners of Hellenic descent, and later Honorary Consul of Hellas in Melbourne and President of the Greek Orthodox Community of Melbourne. Never large in number, persons from Thrace tended to migrate to Melbourne, forming the country’s largest Thracian organisation. Despite large numbers of Asia Minor Hellenes making their way to Australia over the decades, The Asia Minor Greek Historical Society (AMGHS) was only formed in Brisbane in December 2004. The Genocide of the Hellenes (1914-1924) played a key role in the Thracian and Asia Minor regional identities not being prominent within Australian Hellenism. It is fascinating that the same events form a key part of the retention of Pontian regional identity, with large (and reasonably prosperous) organisations focussed on their unique regional folkloric traditions. Another Pontian-specific aspect which aided the development of their regional identity in the Antipodes was the influx of Hellenes from the former Soviet Union in the 1940s and 1950s; some directly, others via Hellas. The snapshot which emerges is an intricate lattice of factors, influences and events which have led to the Pontian regional identity being amongst the most prominent sub-sets of Australian Hellenism, while their Thracian and Asia Minor counterparts have largely been absorbed by other sub-sets of the Australian Hellenic Diaspora.

Sydney-born Dr Panayiotis Diamadis holds four qualifications from The University of Sydney, the highest being a PhD in Genocide Studies. An active scholar, his research focus is the Australian Hellenic symbiosis, especially the genocides of the Hellenic, Armenian and Assyrian peoples and of European Jewry, and the Australian relationship with these genocides.