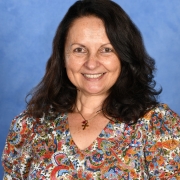 The University of Western Australia

The Trajectory of the Teaching and Learning of Modern Greek in WA: An historical overview

This paper provides an historical overview of the key milestones achieved in the establishment of Greek language education providers in Perth, Western Australia, from the early 20th Century to the present day.  It traces the efforts made by individuals and groups of Greek migrants and their descendants to commence after-hours Greek schools, Greek language tuition at tertiary level, Greek in the government school system, and Perth’s first Day School for Modern Greek tuition,  along with private offerings for students and adult learners of the language.  Distinct links are made, where relevant, to the role played by the Church and its clergy in the maintenance and promotion of Modern Greek in this State.  The paper begins by harking back to the efforts made by the clergy and others, who worked hard to keep the Greek language alive during Ottoman Rule.  Almost 100 years after the beginning of The Greek War of Independence, the first after-hours Greek School was established in Perth in 1915 by the Reverend Father Germanos Illiou.  The paper then takes the reader on a journey through time, following the developments of the various education providers, and the unusual journey taken in starting from tertiary level before establishing the first Greek Orthodox Day School, St. Andrew’s Grammar.  The paper concludes with the current state of the teaching and learning of Modern Greek in WA.

Dr Angela Evangelinou-Yiannakis is an Honorary Research Fellow, Unit Coordinator and Lecturer of Master of Teaching and Master of Education units at the Graduate School of Education, The University of Western Australia, from where she received a Doctor of Education in 2009. She has been a secondary school teacher since 1980, and a leader and principal in independent schools from 1994 to the present day. Dr Evangelinou-Yiannakis has a number of refereed publications, including a book based on her doctoral research. She is currently involved in initial teacher education at The University of Western Australia as well as at Australian Catholic University, in partnership with Teach for Australia.