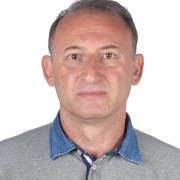 The translations of Greek authors into Serbian

The purpose of this article is to present and examine in detail the entire Greek literature that has been translated into Serbian to date. At the same time, it focuses on the response and the effect that it has had and still has on the Serbian literary and scientific community and on Serbian society in general.

Georgios Klokidis holds a PhD from the Department of Balkan, Slavic & Oriental Studies of the University of Macedonia. Graduate of the Department of History and Archeology of the Faculty of Philosophy of the Aristotle University of Thessaloniki. and holds a master’s degree in Languages and Culture from the countries of Southeastern Europe. His research interests are mainly related to history and archeology, language, culture and the residential stock in the area of the Balkan Peninsula and Eastern Europe