Intergenerational Memory and the Genocide Recognition Efforts of Greeks, Armenians and Assyrians in Australia 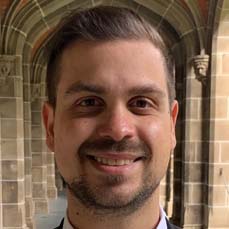 This paper examines a unique period in the early twenty-first century when Greeks, Assyrians and Armenians in Australia cooperated to achieve genocide recognition. Whilst the Armenian genocide has gained international awareness, the similar experiences of Greeks and Assyrians in the late Ottoman Empire (1914-1923) remain largely unknown. This paper considers how the memories of traumatic experiences in the late Ottoman Empire are shared in Greek families and communities in Australia across time and place. The Greeks and Assyrians, traditionally overlooked in the genocide discourse on the late Ottoman Empire, sought recognition alongside the Armenians. The success of Armenian genocide recognition efforts led to inter-cultural dialogue in the late twentieth century with the Greek and Assyrian communities and the start of joint recognition efforts at the turn of the century. The recognition of their experiences was supported by Australian politicians when the three groups reimagined the Australian humanitarian response to their plight (1915-1930) and became an Australian matter that provided them with a sense of belonging. However, this challenged the Australian master narrative surrounding Gallipoli. By referencing each other’s experiences, and negotiating memories of traumatic experiences, the three groups developed a shared understanding of the past as co-victims of genocide. Although differences inform how each group remembers the past, Armenians, Greeks and Assyrians have identified a common experience of genocide that has led to joint genocide recognition efforts.

Dr. Themistocles Kritikakos graduated with a PhD in History from the University of Melbourne in 2021 and previously completed the Bachelor of Arts (Honours) in Philosophy. He has taught at the University of Melbourne and worked as a Research Assistant in the Institute of Humanities and Social Sciences at the Australian Catholic University. His PhD thesis focused on intergenerational memory and the genocide recognition efforts of Armenians, Greeks and Assyrians in Australia. Themistocles is a member of the Memory Studies Association, International Association of Genocide Scholars, and Australian Historical Association. He has presented his research at academic conferences internationally.