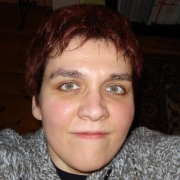 Women as cultural agents: life-stories and cultural connections from the Greeks of the Former Soviet Union

Τhe 2021 commemorates the 30th anniversary of the end of the “Cold War”, a half-century of ideological rivalry and divisions that left few societies untouched. “Cold War state of mind” with the primacy it gave to nation-states overlooked the issues of those not belonging, for different reasons, to territorialised majorities, for example ethnic minorities and diasporas. At the same time, cultural diplomacy was developed as part of the Cold War policies of rapprochement which emerged after the bilateral agreement “on Exchanges in the Cultural, Technical and Educational Fields in 1958 between the two super-powers. The agreement allowed for a space of cooperation to gradually emerge among different states (Menard 2021). In this space, different Greek-speaking communities in the former Soviet Union found new possibilities to(re) connect step by step with their ethnic background through cultural exchanges. My paper will follow the life stories of two ethnic Greek women born in the former Soviet Union over the time of four decades from the 1960s to the 2000s, from the Black Sea region to Greece, to discuss how culture gradually became capitalised following the wider economic and political global transformations. My paper will postulate issues of transnational and trans local networks, solidarities and cultural economy and how they affected and empowered the two women’s identities and course of life (see Levitt 2011).

Dr Eleni Sideri holds a PhD in Social Anthropology from SOAS/University of London. She did extensive fieldwork in the Caucasus, in former Yugoslavia (Sarajevo) and in Greece. She taught social anthropology in various departments, and she has published in different languages. She recently completed her research in three countries of south-eastern Europe (Bosnia-Herzegovina, Georgia and Greece) on film co-production networks and the identity of Europe. She is now affiliated as assistant Professor, at the Dept of Balkan, Slavic and Oriental Studies-University of Macedonia.